So I decided that I do have to create a changeable option. So the wonderful Stina of ULL o LINN who recently also opened her very own webshop (and is a SCHEEPJES dealer) helped me with creating a changeable cover which is much easier to store  when not in use.

It is of course totally possible to crochet a backside by simply do 2 squares and crochet them together but that is not what I did. The pattern for the cushion sized square is tested at the very moment and the will be released very, very soon. 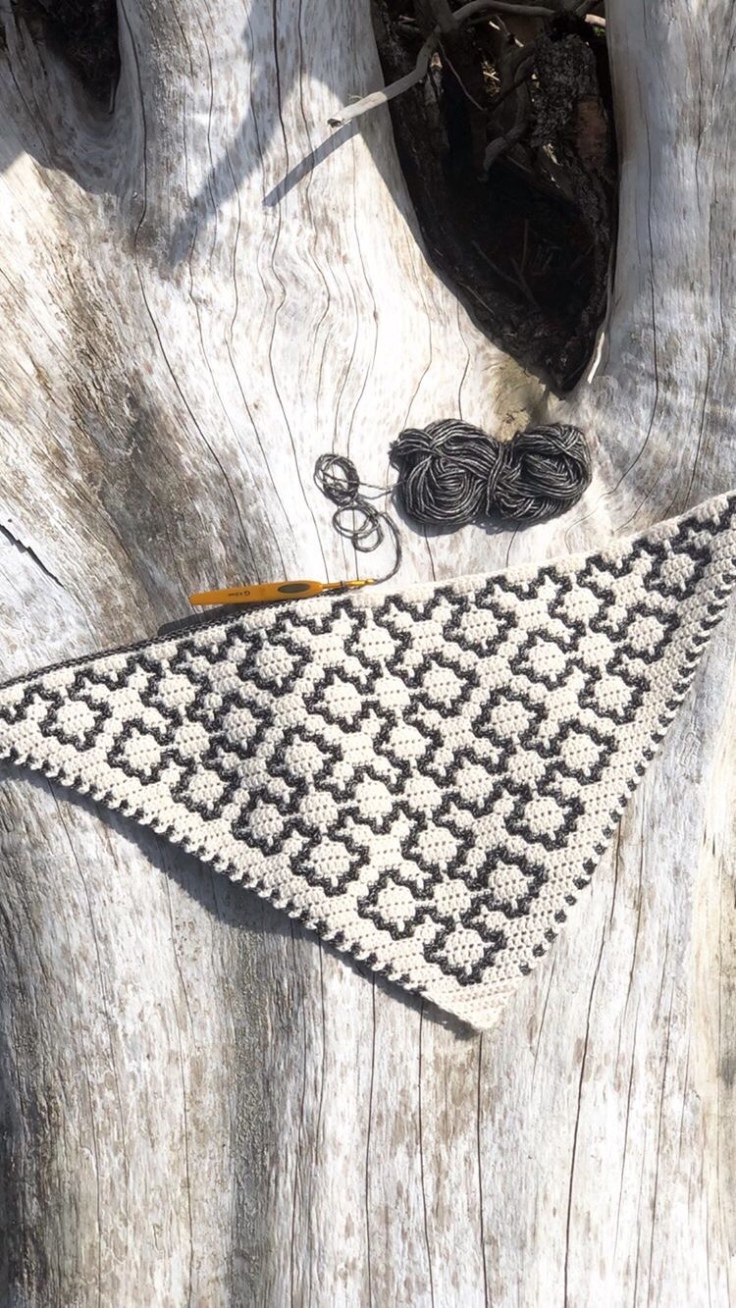 So keep an eye on the blog. Just in case you have missed earlier posts about this item, it is made in SCHEEPJES River Washed  Steenbras/ Narmada and the border is made in Scheepjes Stone Washed Lemon Quartz and you will need 3 balls of the main colors and 1 ball for the border.

I also made some progress on the big version. Not sure yet where it is going to take me. I made some adjustments on the pattern so that it is not a perfect fractal but it looks more “CONNECTED”. More details about the big one are also on its way. It is made in SCHEEPJES Stone washed Moonstone / Canada Jade.

4 thoughts on “I’m gonna get myself CONNECTED”